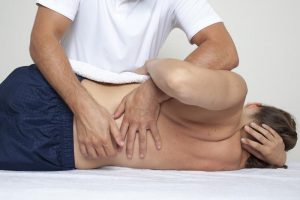 When experiencing low-back pain, first seeking treatment from a chiropractor (DC) rather than a medical doctor (MD/DO) saves an average of 40 percent on healthcare costs. This is according to the study, “Cost of Care for Common Back Pain Conditions Initiated With Chiropractic Doctor vs. Medical Doctor/Doctor of Osteopathy as First Physician: Experience of One Tennessee-Based General Health Insurer,” which was published in the December 2010 issue of the Journal of Manipulative and Physiological Therapeutics. The two-year study featured data from 85,000 Blue Cross Blue Shield (BCBS) of Tennessee intermediate- and large-group beneficiaries who were fully insured. The insured beneficiaries included in the study had open access to MDs and DCs through self-referral with no visit limits and no differences in co-pays. The researchers estimated that allowing DC-initiated episodes of care would have led to an annual cost savings of $2.3 million for BCBS of Tennessee. The conclusion: When insurance companies restrict access to chiropractic care for low-back pain, they may inadvertently be paying more for care than if such restrictions were removed.

Since up to 85 percent of Americans have back pain at some point in their lives, the impact is tremendous. Annual costs near $50 billion, making it one of the top 10 most costly conditions treated in the United States. And this does not account for the decrease in employee productivity.

Overall, studies have shown that spinal manipulation is very safe and can provide mild-to-moderate relief from low-back pain and appears to be as effective as conventional medical treatments. In the 2007 guidelines, the American College of Physicians and the American Pain Society include spinal manipulation as one of several treatment options for practitioners to consider when pain does not improve with self care.

Research is under way to determine whether the effects of spinal manipulation depend on the duration and frequency of treatment. Recent studies have found that spinal manipulation provides relief from low-back pain at least over the short term (i.e., up to 3 months) and that the pain-relieving effects may continue for up to 1 year. In one study funded by the National Center for Complementary and Alternative Medicine (NCCAM) that examined long-term effects in more than 600 people with low-back pain, it was found that chiropractic care involving spinal manipulation is at least as effective as conventional medical care for up to 18 months. However, it also states that less than 20 percent of participants in this study were pain free after 18 months, regardless of whether they chose medical or chiropractic treatment.

If you or someone you know is suffering from back pain and have not found the relief for which you are looking, please consider chiropractic care as a viable, cost-effective option.